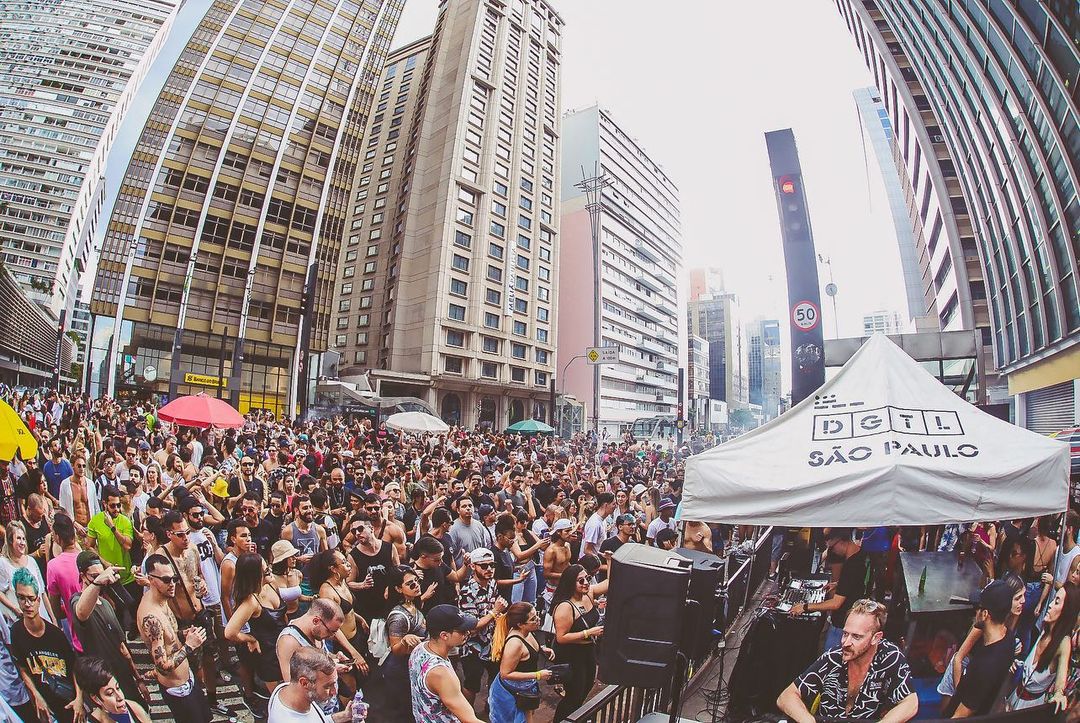 One of the most traditional postcards of São Paulo, Paulista Avenue was transformed into an open-air dance floor this Sunday, March 6, in a surprise action of the DGTL São Paulo festival, bringing together electronic music lovers and several people who were enjoyng the sunny day at the venue.

The organization surprised the people who frequented the corner of Paulista and Augusta Street with pocket shows of Binaryh, Pricila Diaz, Feat Fat and WOHJ, who played the best of Techno and House, kicking off the week that celebrates the International DJ Day (March 9th) in the best possible way.

The action started at 11am and had a wonderful scenery composed by the shining sun amidst the characteristic  skyscrapers of São Paulo's capital. Lovers of electronic music, curious people, elderly and even children were presented with this experience of immersion in music and culture. 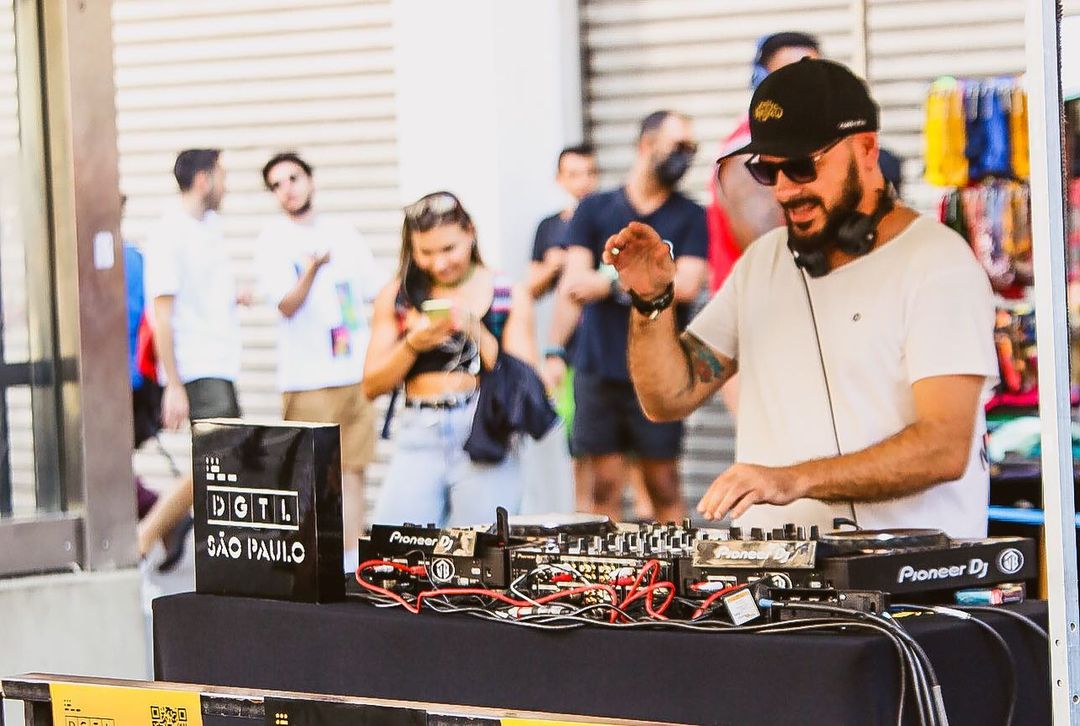 The Feat Fat project was the first to take the street, attracting all the curious passers-by with an energetic set. Then it was time for Techno's most beloved duo: Camila Giamelaro and Rene Castanho, better known as Binaryh, who delivered a set with DGTL sound on its DNA - that the public loves so much. 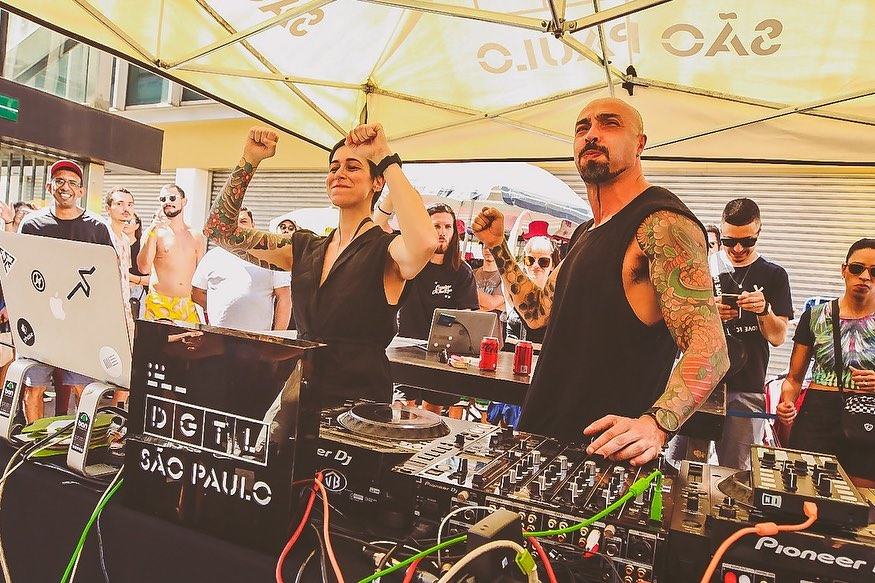 Besides the music, a flag with the festival's logo appeared in the crowd being passed from hand to hand, bringing a special feeling of fraternization among those present. During their surreal set, Binaryh, presented the song that will be released as the soundtrack for DGTL São Paulo, driving the audience crazy. 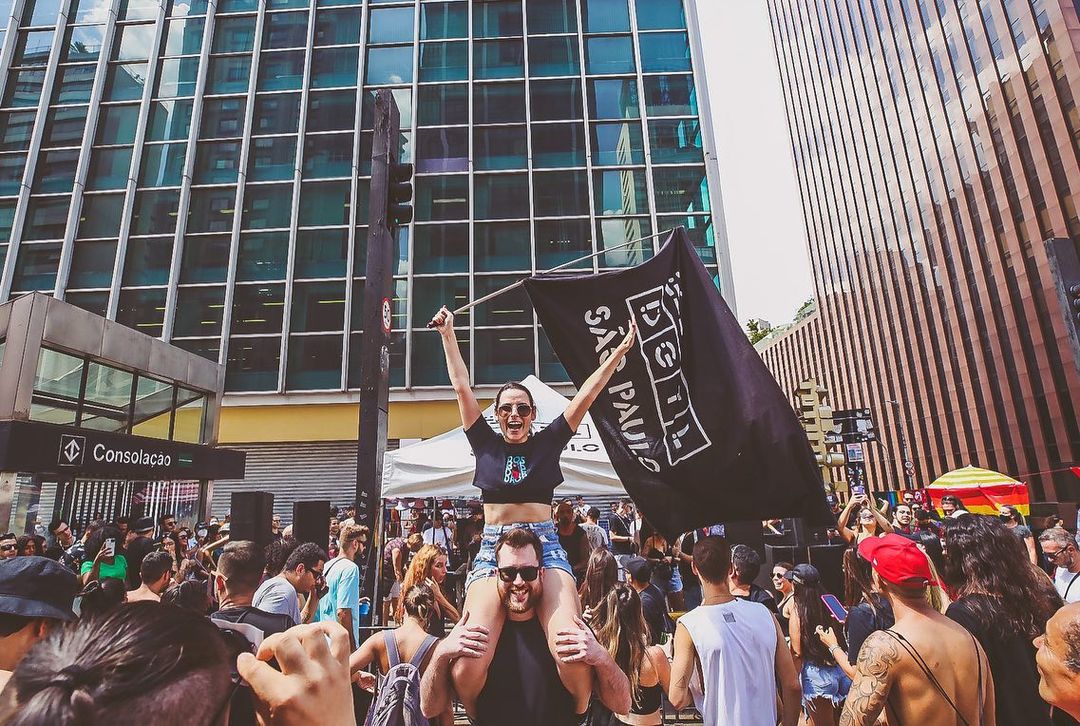 Soon after, Pricila Diaz made the asphalt of the avenue tremble. The co-founder and creator of CAVEClub in Baixada Santista started playing a very light Tech House that progressed throughout the set, evolving into a more rhythmic sound. Owner of a strong identity, the DJ and producer delivered a set that kept the dance floor on fire, and not only because of the heat! 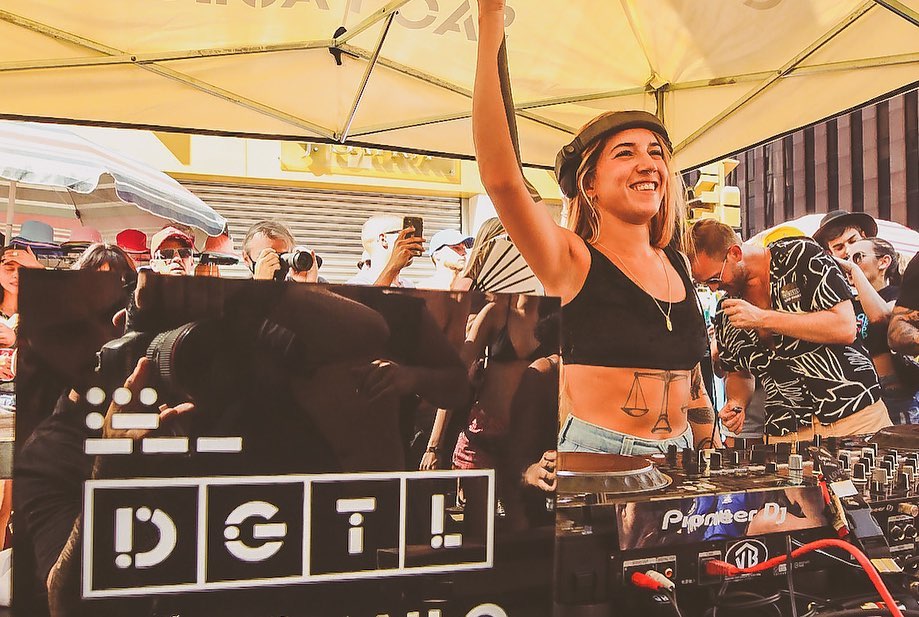 Closing the memorable day, WOHJ brought the purest Techno to close the afternoon in São Paulo with a sour and elegant set, but still very danceable and rhythmic, ending the day leaving the audience with a taste for more, since it was hard for those present to accept that it was time to go home. 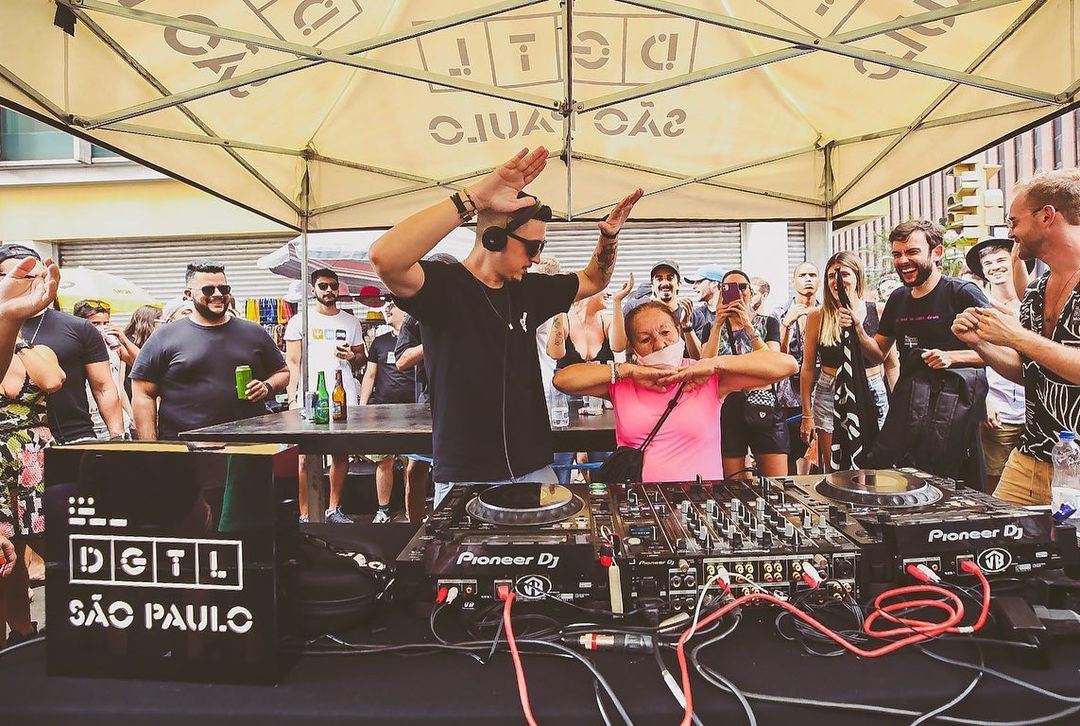 Besides the extremely good music, the initiative of bringing free music and culture to the city was special and exciting to see. For all those involved in the event, it meant the creation of a very important milestone for the national electronic scene and the perfect portrait of the festival's fundamental pillars.

Besides offering a taste of what we can expect from DGTL São Paulo on April 9th at Pavilhão Anhembi, the action introduced new people from the most diverse tribes to electronic music, spreading all the good energy that flows on a dance floor filled with Techno and House lovers.

If you were present at the Paulista Avenue action, don't miss the chance and guarantee your ticket for DGTL São Paulo now through the Ingresse website or app. And if you missed the opportunity to live the historical experience of electronic music on the streets of São Paulo, run to attend this landmark event of the national scene to feel up close the pillars of the festival of Dutch origin.